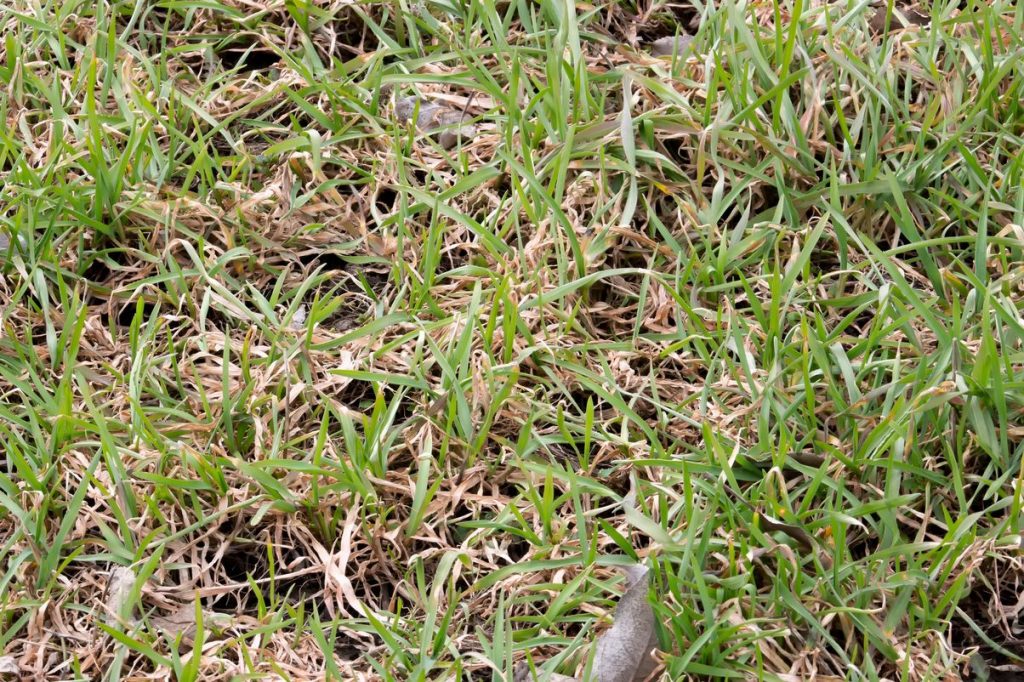 We’re in the middle of June, and red thread is present on many lawns. This disease is formed by a fungus that develops a weblike, pale reddish mycelium that surrounds and connects to the leaf blades. In the early morning, before the lawn dries out, you can see small reddish hair (called mycelium) on the tips of turf.

Red thread survives unfavorable periods on infected leaves or within thatch, and are most severe on lawns that have a high mix of perennial ryegrass. These threads survive highs of 89 degrees to lows of minus 4 degrees. But the optimum range is between 60 to 75 degrees. Typically, when temperatures consistently reach 75 degrees, the fungus’ growth rate decreases dramatically and it ceases to grow at 85 degrees.

Over the past month, we’ve seen wild swings in weather from cool to hot, from dry to rainy. Over Memorial Day weekend, many areas experienced nearly 3 inches of rain in below average temperatures. Just days later, the same areas were hit with 4 days straight of 90 degree weather, no rain, and high humidity. These conditions spawned——if not contributed to—the development of red thread.

The pathogen spreads in many ways. Arthroconidia and infected plant debris can go airborne and bring about long-distance dissemination. For germination to occur, it’s necessary for moisture to be present on the leaf sheaths and blades. Prolonged periods of moisture-saturated air, such as from light rain or fog, encourage infection. Heavy dew can also contribute to growth. This is why red thread often appears right after prolonged wet weather and during or right after humidity is high. While there’s nothing we can do about the weather, it’s important to not contribute to the problem by overwatering or watering late in the evening.

Diseases, such as red thread, are often harbored and survive in thatch. Managing thatch layers—through yearly aeration and, if necessary, fall dethatching—could help better manage the severity of the disease. Remember, thatch is not dead grass on top of the soil. It sits below the soil’s surface. Using a soil probe is the best way to determine the severity of thatch.

Managing pH and nitrogen levels is also important. Requesting a soil test can determine whether the soil doesn’t have the proper amount of nutrients, which could contribute to the severity of red thread or other diseases.

In terms of fertilizing, it’s important to keep in mind that over-fertilizing can contribute to the problem. That’s one of the reasons it’s important to apply slow-release fertilizer at only the recommended rate and at regular intervals throughout the season. Extra fertilizer between regularly scheduled applications won’t cure red thread. What fertilizer can do is keep grass healthy and put it in a position to outgrow the disease as conditions become less favorable for fungal growth. It can take a couple of weeks from the time red thread stops being active for the turf to recover and turn a more uniform green.

Collecting grass clippings after each mow can also decrease the number of fungal threads that are reintroduced back into the turf. Watering correctly (i.e., not watering during or immediately after heavy rainfall, in the evening or after extensive rainfall) can also ensure you’re not essentially ‘feeding’ the fungus.

It can take two or more years of careful fertilizing to prevent red thread.

First, fungicide applications can be very expensive. The best (and often cheapest) way to manage red thread with chemicals is preventively before the disease occurs with a product that contains the active ingredients azoxystrobin, penthiopyrad, polyoxin D, and propiconazole. These products must be used all year, every year.

Some products may be able to be used curatively after the disease has taken hold, but they’re most effective when the disease first appears. If being used curatively,  I’m often skeptical about whether it’s the product that temporarily ‘cured’ the disease, such as red thread or dollar spot, or whether the disease disappeared due to changes in the weather/environment. Thereafter, red thread will likely re-emerge (since the mycelium survives within the soil/turf) if the product is not continuously applied. So, at that point, we’re talking about preventive treatment throughout the year for a disease that’s largely cosmetic and goes away on its own (like the common cold) when environmental conditions are less favorable for growth. Again, fungicides are an option, but it’s extremely important to understand how they work.

There’s also been research that indicates fungicides could enhance the severity of other diseases. Dozens of examples of fungicide-induced increases in turf grass diseases have been reported. The reason? They can upset the delicate balance between antagonistic and pathogenic microorganisms in the ecosystem.

So, to reiterate, there are fungicides labeled to temporarily cure and prevent red thread. But the least disruptive option for your lawn is to simply manage diseases through cultural management best practices. 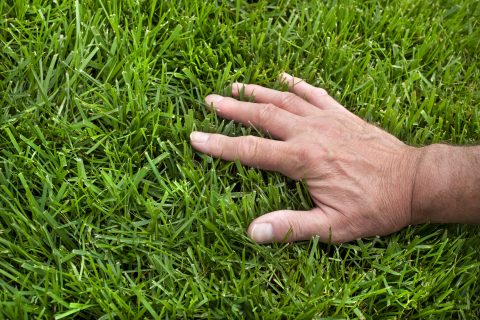 Before you know it, warm weather will be pushing out the cold, winter air, and you’ll be outside working in your yard. Here are a few… 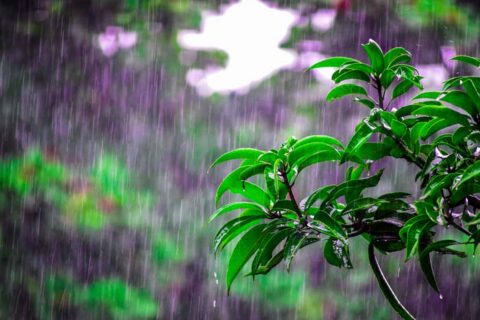 This spring it’s been raining or cloudy quite a bit lately, which not only makes servicing properties difficult but also negatively impacts…