When is the best time of year to seed? What about the the worst time? Here’s the answer from best to worst:

1) Most successful: Last five weeks of summer to early autumn, pending the weather. At this time, day and nighttime temperatures are cooling, dew is more present on lawns, and annual broadleaf weeds and crabgrass are dying. This means new turf can easily establish with little to no competition. If you’re going to seed, this is absolutely the best time of year to do it. Don’t miss your opportunity otherwise you’ll be waiting an entire year for the next window to open.

When you do seed, watch it closely. Kentucky bluegrass mix can take upwards of 4 to 6 weeks to emerge while perennial rye can take 1 to 2 weeks. If you seed during drought like conditions, and the seed doesn’t take, don’t hesitate to seed again. Getting something established before the ground freezes is paramount and will make a big difference in what you’re able to do with the new turf the subsequent spring. The thicker your turf is in the fall, the better it’ll hold crabgrass pre-emergent the following year. This means less crabgrass.

2) Mid-autumn: By mid-October your window to seed is rapidly closing. A mixed bag of seed or hydroseed can take upwards of 4 to 6 weeks to emerge and establish itself to the point that it’s able to survive the winter. Remember, at this stage in the turf’s life it’s not all about the blade…it’s about its root system. The harder the soil (due to it being frozen) the more difficult it is for roots to penetrate deep underground. At this time of year use perennial rye grass, which grows faster.

3) Early spring: Early spring is second to last on this list for a few reasons. Yes, the seed is likely to grow just fine because of the typically wet, cool weather. However, here’s the caveat: You can’t apply pre-emergent crabgrass control over new seed or before you seed, and you can’t spray weeds until you’ve mowed the new grass at least three times. Furthermore, it’s challenging to near impossible to keep young turf alive through the brutal New England summer. Do not aerating and overseed or renovate an entire lawn at this time of year. However, if you want to patch up a few small spots that might not have filled in the previous fall, this is typically a fine time of year to do so. Just keep in mind you can’t apply crabgrass pre-emergent or, at the outset, broadleaf weed control to these areas.

4) Late spring (May/June) – late July/early August: Just don’t do it. There is little to no long-term success when seeding an entire lawn or large sections of your lawn at this time of year. Doing so could set your lawn back a few to several years, and why would you want to wait that long to look at beautiful turf? You’ll be constantly battling crabgrass and weeds.

If you’re overseeding, keep the following in mind: 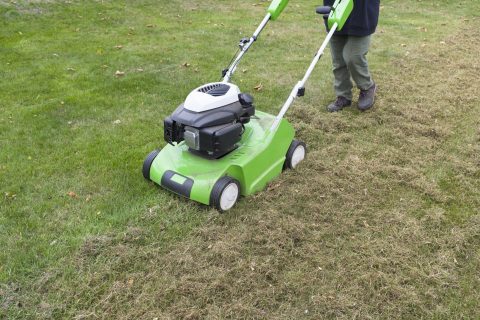 Scroll the internet and you’ll see the words ‘power… 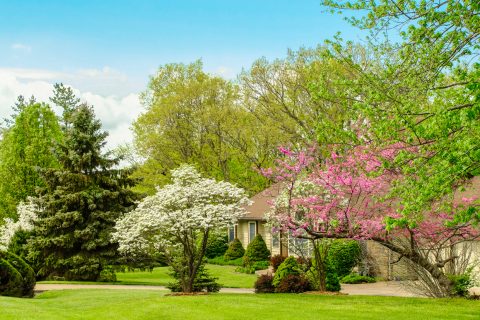